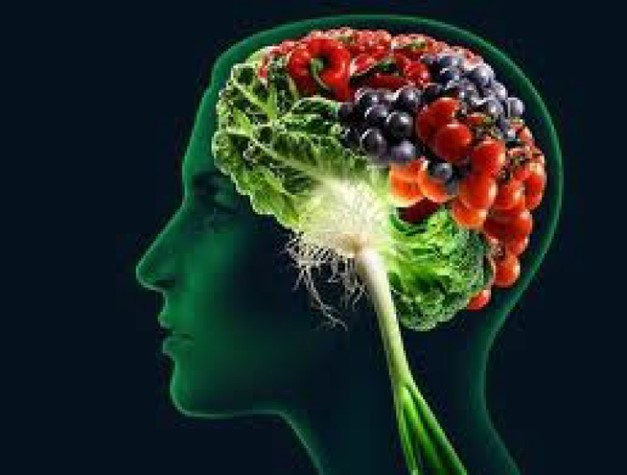 In 2009, at age 49, I was a full time practicing OB/GYN physician taking care of around 5000 patients. So I was busy. I didn’t have time to think about what I ate, my own health, or how I was aging. I also did not pay attention to my brain health until I realized something one day. By 11:00 in the morning, I was not thinking as clearly. I could still function and I had good decisions, but my ability to do so had become “fuzzy” by that time in the morning. It was happening every day. My thinking wasn’t worsening, it merely took more effort. I figured it out.

As I said, when you’re seeing upwards of 40 patients a day, delivering 5-10 babies a month, and performing 50 surgeries a month it gets physically tiring so you need a sharp brain and thought skills to manage all of those things. My staff had a habit of getting me a Diet Coke every morning at 9:00 and I would chug-a lug 32 ounces of that soft drink by 11:00. I loved Diet Coke but I quit drinking it to see what would happen. My brain fog completely went away. I mean, the next day.

I decided to take an inventory of what I put in my mouth and how it was affecting my health. My carboholic tendencies in my 40s had led to a 30 pound weight gain placing me at 205 pounds. I weighed 175 pounds when I turned 40. I had high blood pressure (starting at age 30), my cholesterol was 286, my HDL was 37, and my triglycerides were pushing 700. We could debate the normal levels for these lipids, but that’s for another post.

I embarked on looking more closely at my own health; specifically looking at what I put into my mouth and how it affected my health. I saw my doctor who wanted to put me on a bunch of different medications. I took the prescriptions but did not fill them. I proceeded to lose 42 pounds over the next 31 days. I ordered follow up labs on myself and all markers above had normalized and my blood pressure was normal using no medications. Of course my patients noticed this change and wanted to know how I did it. It was then that I became a health coach.

Here is a list of 12 foods that can boost brain power and memory.

🍲 Blueberries are the first food most people think of as good for brain health. They contain plant compounds called anthocyanins that have antioxidant and anti-inflammatory properties. Stress and inflammation contribute to aging and neurodegenerative changes in the brain. Antioxidants tone down both stress and inflammation and have been found to accumulate in the brain to aid improved communication between neurons.

🍲 Broccoli is usually the second food thought to provide good health for your brain. Loaded with antioxidants, broccoli also contains high amounts of Vitamin K which helps form the fat that is packed within brain cells. There are studies that show high levels of Vitamin K as we age provide better memory and cognitive skills as we age.

🍲 Dark chocolate is probably the best sweet you can eat. One of my friends who works as a health and fitness coach eats dark chocolate every evening. The term “dark” means that the chocolate contains 70% or more cocoa which tastes more bitter the higher the content. Stick with 70% cocoa if you want the sweet taste. I’m sure that if you ate a teaspoon of cocoa powder as a child you’ll know what I’m talking about! Dark chocolate contains caffeine, flavonoids, and antioxidants. The flavonoids gather in the learning and memory forming parts of the brain and may enhance memory as well as
age related cognitive decline. Dark chocolate also appears to improve moods. Overall, a pretty good way to end the day.

🍲 Coffee is actually good for you and also contains caffeine and antioxidants. Positive effects of coffee in the brain include alertness, improved mood, and improved concentration abilities. Despite the negative things you hear about coffee, it appears that drinking 3-4 cups daily decreases the risk of Alzheimer’s and Parkinson’s Disease. Start your day with coffee and end your day with dark chocolate for better brain health.

🍲 Turmeric is the most studied supplement in history. It is usually eaten in curry powder which is a bit different from supplemental turmeric. It is a potent anti-inflammatory and antioxidant. Curcumin is the active ingredient in turmeric. Curcumin crosses the blood brain barrier, directly entering the brain tissue for nerve cell benefits. Curcumin may aid memory in Alzheimer’s dementia by clearing the amyloid plaques that form in this disease. Curcumin boosts neurotrophic factor and may aid in creation of new neurons. Curcumin boosts dopamine and serotonin levels in the brain which may improve symptoms of depression and anxiety. Most of these findings are in studies during which participants were taking higher doses of turmeric than found in food. Check with a health care provider if you’d like to supplement with turmeric to get better brain health benefits.

🍲 Pumpkin seeds are packed with antioxidants and also contain magnesium, iron, zinc, and copper. Magnesium may need to be supplemented as it has been stripped from our soil. Magnesium is important for learning and memory formation. Depleted magnesium has been implicated in migraines, epilepsy, and depression. Iron deficiency may lead to impaired brain function and brain fog. Zinc is present in every cell of your body and in the brain it is important for nerve signaling. Copper is also involved in brain cell communication with deficiencies leading to Alzheimer’s Disease and other
neurodegenerative disorders.

🍲 Nuts have been found to be heart healthy. For brain health, walnuts appear to lead the pack since they contain omega-3 fatty acids. Nuts contain antioxidants, healthy natural fats, and Vitamin E resulting in a decrease in cognitive decline in those who regularly eat nuts.

🍲 Oranges contain Vitamin C which is one of the first antioxidants fighting off infectious pathogens. In fact, if you get an infection and don’t supplement with Vitamin C, you become depleted and that can lead to scurvy. One orange a day provides 93 mg of Vitamin C. The recommended intake of Vitamin C is 500 mg daily and Vitamin C experts recommend an intake of 3000 mg per day. That would be a lot of oranges so most obtain that level with supplements. For brain health, Vitamin C improves focus, memory, attention, and decision making. Other Vitamin C food sources include tomatoes, kiwi, strawberries and bell peppers.

🍲 Eggs are the perfect food. There, I said it. They’ve been ostracized, cast off, and demonized but they are so healthy for you. Eggs contain choline, a precursor to the neurotransmitter acetylcholine which allows your nervous system to communicate with your muscles as well as regulating your moods and memories. Eggs also contain Vitamin B6, Vitamin B12, and folate. Eat the egg yolks. They contain the most choline. Lower B12 and folate levels are linked to depression. I’m telling you: eat your eggs!

And now we come to the 12th food that supports brain health:

🧠 New research shows cranberries could be a powerful way to protect brain health and memory as we age!!

As the brain ages, cumulative influences of oxidative stress and inflammation can worsen a person’s risk for cognitive decline or even dementia.

But foods that are rich in flavonoids like anthocyanins and proanthocyanidins can provide antioxidant and anti-inflammatory protection.

🫐 Blueberries take a lot of the credit for being rich in these micronutrients, but this new study shows that cranberries could be another beneficial berry for the brain. Here are the details:

✨ 60 adults between the ages of 50 and 80 participated in the study.
✨ Participants took either a placebo or a freeze-dried cranberry powder that was equivalent to eating 100g or 1 cup of cranberries per day—for 12 weeks.
✨ Daily cranberry supplementation improved memory of everyday events (episodic memory), neural functioning, and delivery of blood to the brain.

Seeing that cranberry supplementation can support memory after only 12 weeks is exciting. Imagine what would happen over 12 years?

5 Things That Make You Age Faster

Read More »
© Copyright 2022. Health Without Risk  |  All Rights Reserved.
Sign in Create an Account
Lost your password?
Select the fields to be shown. Others will be hidden. Drag and drop to rearrange the order.
Click outside to hide the compare bar
Compare
Compare ×
Let's Compare! Continue shopping
Shopping cart close