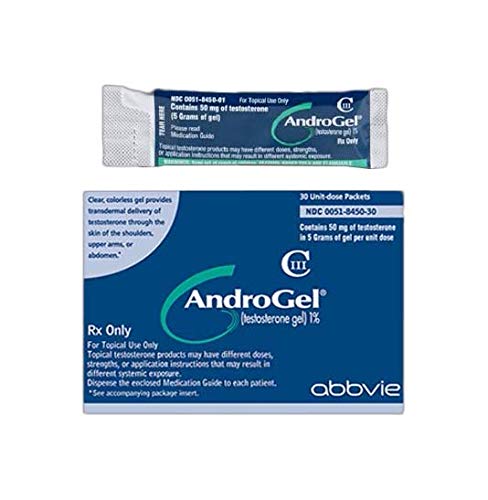 This is a really good question. Over the years, the beneficial effects of testosterone therapy have been discussed in much detail. However, the timing onset and when these effects reach their maximum has not been addressed as much. There is a study from 2011 that looks at studies from 1975 to 2011 that addresses the answer to this question. I will review the findings in this post and post the link to the article for those that want to delve further into this topic.

Of course, testosterone replacement is controversial for many doctors. Many patients want to see if testosterone replacement will improve their quality of life, but run into doctors who think hypogonadism is a natural part of aging that does not require treatment. The medical literature for many years has shown that there are significant health benefits for optimizing testosterone levels in men as they age. The controversy is similar to hormone replacement therapy for menopausal women. For testosterone, doctors are afraid that replacing this hormone leads to prostate cancer and cardiovascular risks of heart attack and stroke. Neither is accurate.

The St. Louis University ADAM (Androgen Deficiency in the Aging Male) score is pretty accurate in determining men who would benefit from testosterone therapy, regardless of their blood testosterone level. A score of three out of ten is predictive as is loss of sex drive (libido) and any amount of erectile dysfunction. For these symptomatic men, testosterone replacement improves quality of life and overall health. Here is the ADAM Score Questionnaire: 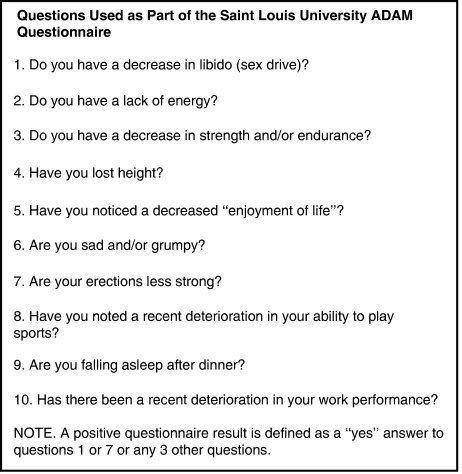 Let’s delve into the average time it takes to gain these improvements from testosterone, saving the sexual improvements for later in this post. This review of the literature study did not address the type of testosterone administered (shots, gels, creams) but looked at the onset of effects for men on testosterone therapy.

A series of studies published in 2001 show that improving testosterone levels result in increased muscle strength and volume, improved hemoglobin levels and rising Insulin Like Growth Factor-1, the latter of which is an indirect measure of human growth hormone levels. This is a dose dependent relationship so if the dose of testosterone is too low (as it frequently is), these effects are not realized. These effects were observed 12–20 weeks after first starting recommended doses of testosterone and is sustained for 6–12 months.

Testosterone plays a role in glucose and lipid metabolism and obesity. It is well established that abdominal fat gain (the pot belly) increases the risk of cardiovascular disease, heart attack and type 2 diabetes. This is true even in men who are not obese. This fat is considered inflammatory and seems to be related to declining testosterone levels as men age past 40 years. Testosterone therapy results in reduction of total body fat, waist circumference with increased lean muscle mass. Decreases in fat mass occur after three months of testosterone replacement and continue for up to two years.

Those men with impaired blood sugar control and insulin resistance begin to see a lowering of blood glucose levels at three months. Hemoglobin A1C levels measure blood sugar control over the previous 90 days with a level of 5.7% indicating insulin resistance and 6.5% or higher as Type 2 diabetes. Serum glucose levels decrease three months into testosterone treatment as do Hemoglobin A1C both of which are true at 12 months with further decreases in Hemoglobin A1C levels after 12 months. There is a symbiotic relationship with testosterone, triglyceride levels and insulin sensitivity which improves within 7 days after starting testosterone, prior to the change in percent body fat and lean muscle mass. This is an almost immediate benefit from testosterone in those with insulin resistance and impaired blood sugar control. In fact, I treated an 80 year old man on insulin using only testosterone replacement and he was off of his insulin within two months with good blood sugar control and a 40 pound weight loss. Weight loss does not always occur and is not necessarily the goal since muscle weighs more than fat but those men with an elevated body mass index will typically lose weight on testosterone.

As for blood pressure, there is a decrease in both systolic and diastolic pressure after three to six months of testosterone administration. This effect maximizes at 12 months. In men with coronary artery disease, dilation of those arteries with improved blood flow to heart muscle occurred after 12 weeks with increased exercise capacity also noted in men with congestive heart failure. Resting heart rate decreased after 40–44 weeks. Less episodes of angina (chest pain) occurred at 4 weeks.

Chronic inflammation is associated with chronic disease. Inflammatory lab markers decline within three weeks after testosterone administration. A decline in C reactive protein is observed at 3 weeks and Interleukin-6 after 16 weeks. Nitric Oxide, a potent antioxidant which scavenges and reduces oxygen reactive species, is produced at a higher level within 4 weeks of testosterone treatment.

The improvement in sexual parameters with testosterone is what is focused on the most. There are studies that refute these but this review reveals improvement. Sexual libido, desire, thoughts, fantasies and satisfaction with sexual life improves as early as 10 days after testosterone administration in these reviewed studies. Improvement in erectile dysfunction is within 10 days if blood flow from atherosclerosis is not an issue. Erectile dysfunction is the earliest “symptom” of future heart disease so is an important historical factor for prevention. Sexual activity and ejaculations improve within two weeks if suboptimal testosterone levels are a factor.

As for quality of life, testosterone therapy improves the ADAM score for men within 4 weeks of administration. There is less fatigue, listlessness and improved motivation in these men on testosterone replacement. The score on the Aging Male’s Symptom questionnaire shows improvement in quality of life within 3–4 weeks.

There are studies showing improvement in depression as soon as three weeks after testosterone therapy is initiated. There are reports of transient hostility and aggression in men who are eugonadic (not hypogonadic) at two weeks but those can be mediated by dose reduction or a change in mixtures of testosterone esters (BiTest and TriTest). There are also reports of improved cognition and spatial memory within two weeks of starting testosterone replacement.

Testosterone may increase red blood cell production leading to erythrocytosis reflected in an elevated hematocrit level. Some doctors point to this as the reason for not prescribing testosterone feeling that increases the risk of strokes and heart attacks. Other doctors feel that elevated hematocrit has no effect based on steroid use in athletes. Nevertheless, monitoring hematocrit is part of the testosterone protocol for lab testing with most doctors who prescribe testosterone withholding the medication for hematocrit levels of 52% or higher. This can be alleviated with blood donation every three months with the added benefit of discarding iron which if elevated, can precipitate as a metal in body organs. Men have a tendency to iron overload and some doctors recommend blood donation every three months for this reason alone.

The other issue often raised is a rise in Prostate Specific Antigen (PSA) and prostate volume in men on testosterone. It is well established that testosterone does not cause prostate cancer, but it may grow a subclinical prostate cancer. Monitoring PSA levels is recommended. Most men will have a PSA rise to the level of eugonadic men that will then level off with no further rise in that level. Red Blood Cell production and PSA is age dependent as well so that plays a role in monitoring as well. After the initial PSA rise at 12 months (if it occurs) there typically is no rise in PSA for the next 4 years. I have frequently seen a drop in PSA levels in men who achieve optimum (for them) testosterone levels.

In case you want to deep dive into this article, here is the link from European Journal of Endocrinology:

Thanks for the question and the opportunity given to answer it.