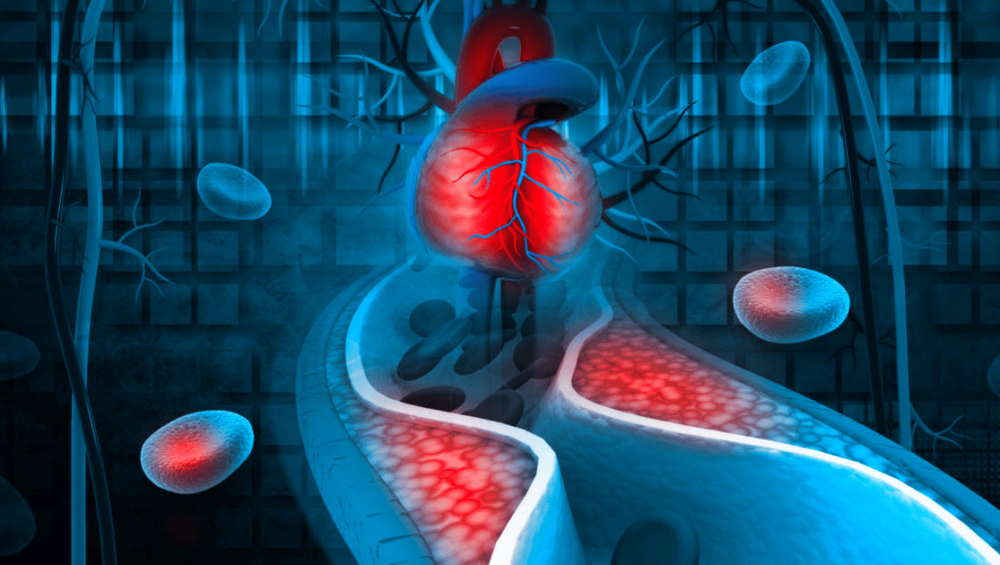 Why is my cholesterol sneaking up higher every year when I haven’t changed anything about my diet or exercise?

Changes that affect hormone levels in women start happening at the ripe age of about 35, the same year that successful pregnancy and fertility rates drop. This is due to a phenomenon known as ovarian dysfunction, a “waste basket” term meaning that ovarian hormone production is not as efficient as in previous years when women were younger.

Perimenopause is also a term used for the age group of women about 38-52 years old.  A major frustration during this time is for those women having menopausal symptoms (such as hot flashes, loss of libido, vaginal dryness) that their doctor will not treat since they are technically not menopausal. They are usually told “You’re just getting older”. The definition of menopause is applied to women  after they have not menstruated for 12 consecutive months. Well, I’ve known teenage girls that have not menstruated for 12 consecutive months. Are they menopausal?

The definitive way to diagnose menopause is through blood testing of estradiol and Follicle Stimulating Hormone (FSH) levels. Biochemically, menopause is defined as a serum estradiol of <40 with a FSH level of >40. Frequently, perimenopausal women will have estradiol levels of less than 40 while the FSH level hovers between 20-40. Therefore, that is not menopause. But estradiol levels of less than 50 can lead to menopausal symptoms. In these cases, supplemental hormone therapy can ameliorate these symptoms.

🌸 218 women in Finland began the study while perimenopausal.

💉 180 metabolites plus levels of estrogen and FSH were monitored in the blood every 3-6 months until early postmenopause.

💊 35 women started hormone replacement therapy during the study. These women started on an estrogen therapy (most using an oral form and some using transdermal estrogen). Any of the women taking progestin were using either dydrogesterone or norethindrone acetate or a levonorgestrel releasing intrauterine device. Progestin medication is made by chemically altering the natural hormone progesterone which is made by the ovaries.

🩸 85 metabolites changed with the menopausal hormonal shift as estrogen levels declined with rising FSH levels. That was the result of women entering natural menopause with no hormone replacement therapy.

Here is a graphical abstract of the study. 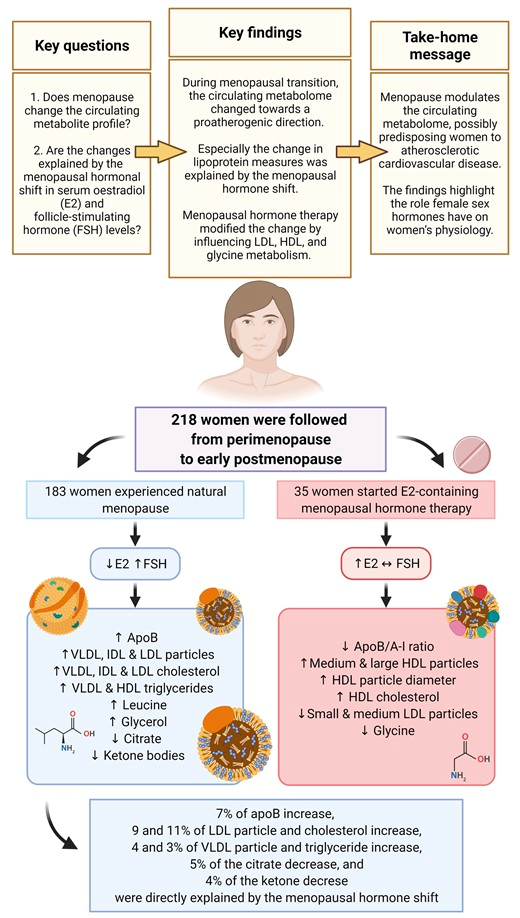 📈 The menopausal hormonal shift explained 11% of the LDL cholesterol increase and 9% of the particle concentration increase. These metabolites raise the risk of future cardiovascular disease.

📉 Hormone replacement therapy partially helped ameliorate the unwanted changes in cholesterol levels at menopause. Those women had the opposite changes in their metabolites which could potentially prove to lower heart disease risk as women age past the onset of menopause.

With so many shifts and changes that occur through perimenopause and menopause, it can be confusing to make sense of it all.

But here’s a study that is clear.

✅ The hormonal changes of menopause can have a direct effect on cholesterol levels and cholesterol types. Specifically, metabolic markers that may accelerate the risk of cardiovascular disease were found in women who progressed from perimenopause into a natural menopause state.

This is one of the few studies looking at metabolic markers for cardiovascular disease while women are transitioning into menopause, comparing those who do not take hormone replacement to those who do. This study even looks at lipid particle size and risk which is actually more predictive than the actual lab level number of Low Density Lipoprotein and High Density Lipoprotein.

The famous Heart and Estrogen/Progestin Replacement Study (HERS) was first published in 1998. In their conclusion, after four years of conjugated equine estrogen (Premarin) and medroxyprogesterone acetate (Provera) for hormone replacement therapy, they saw no difference in the rates of heart disease events between women who did and women who did not take hormones in menopause.. However, in both groups, the women in the study already had established heart disease so you might expect those results. The researchers  concluded that they would not recommend hormone replacement therapy for secondary prevention of heart disease events.

That’s why perimenopause and menopause offer an opportunity to be even more proactive with your health than any other time in your life. If you are perimenopausal and your doctor won’t listen to you or treat you, send me a message to bryanjtreacmd@gmail.com and we’ll get you to feel younger and more vibrant. If you are menopausal and want alternatives to synthetic hormones get in touch with me. There are many options, all of which can be individualized to keep you heathy as you age.

Are you ready to take on the challenge and start feeling better than you ever have before?