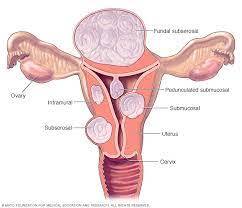 Uterine fibroids, also known as leiomyomata, are much more common than most people are aware. In fact, the majority of women have uterine fibroids and most of them are asymptomatic. You could almost make the argument that they are normal.

The question is whether or not fibroids are causing symptoms. If they are not, then uterine fibroids are a benign condition affecting the uterus. In rare cases, they may become malignant which is known as leiomyosarcoma. Having a hysterectomy to prevent future fibroid malignancy would be overkill.

The incidence of benign fibroids may be as high as 80%. A recent ten year review of the incidence of fibroids placed that figure at about 10%: A US population-based study of uterine fibroid diagnosis incidence, trends, and prevalence: 2005 through 2014 and this rate has been declining. However, there are few epidemiological studies on the presence of fibroids. It is estimated that 1 in 4 women with fibroids will have symptoms from them.

The incidence of malignant fibroids is 1.6 per 100,000 women per year and 25–50% of those diagnosed had prior radiation therapy. So you would have to do 100,000 hysterectomies just to prevent less than one cancerous fibroid. This is why I think hysterectomy to prevent cancer just because there is a fibroid present would be overkill.

One third to one half of hysterectomies are performed for the indication of uterine fibroids and translates to about $5 billion per year of health care expenditures. Many hysterectomies performed in this country do not meet the qualifications for this procedure that are set forth by the American College of Obstetricians and Gynecologists. So there’s that to consider as well.

It is symptoms from fibroids that should have a woman thinking about treatment. These include abnormal bleeding, cramping, pelvic “heaviness”, pelvic pain, constipation, hemorrhoids, anemia and infertility.

The key is to investigate and diagnose the symptoms. Abnormal uterine bleeding can occur from hormonal imbalances that occur as women age and ovarian function becomes less than optimal.

Many of these symptoms can be treated without surgery. If the symptoms improve and the fibroids are not growing rapidly, then the potential risks involved from surgery are avoided. Serial ultrasound can be performed to determine if fibroids are increasing in size.

A myomectomy, where the fibroid is surgically removed and the uterus left in tact, is a viable and less risky surgical procedure that can be used if uterine fibroids are symptomatic enough to affect a woman’s quality of life. Hysterectomy is actually easier to perform than myomectomy and this is why many surgeons recommend hysterectomy. So the skill of the surgeon is important in deciding what surgical approach to use.

There are other non surgical approaches to managing uterine fibroids that are viable as well. The most obvious is to watch and wait since many fibroid symptoms can be managed with Nonsteroidal Antiinflammatory drugs (like ibuprofen) or hormone therapy. As women become closer to menopausal age, fibroids frequently shrink and regress. Symptomatic fibroids are usually not an issue for menopausal women.

However, if symptoms are annoying it may become time to treat the fibroids rather than the symptoms. Hysterectomy is definitive but also the riskiest choice. Myomectomy can be performed by skilled surgeons either as an open abdominal procedure, a laparoscopic procedure, a robotic procedure and sometimes with hysteroscopy.

If hysterectomy is chosen, that procedure can also be performed vaginally, robotically or laparoscopically depending upon the surgeons skill level, which reduces the risk and recovery period compared to an abdominal hysterectomy.

Notice I keep talking about surgical skill levels. In opting for a surgical approach to fibroids, always keep this in mind. Many times a surgeon will recommend a procedure based on their skill level and the easiest way to surgically deal with fibroids is an abdominal hysterectomy. Most of the time, a more skilled surgeon can offer a less invasive surgical approach. Remember, it is you who has to recover from surgery, not the surgeon.

So is a myomectomy a better approach to fibroids than hysterectomy? That depends on whether or not surgery is needed in the first place. But the surgical answer is yes, if you have a surgeon with enough skill.

Do not ever have a hysterectomy just because a doctor tells you that you have fibroids. You have many options. Research and learn about them. Here is a website with explanations of fibroids and options for treating them:

Here is a personal account of dealing with uterine fibroids by the woman who is the executive director of the above named National Uterine Fibroids Foundation:

I have no affiliation with either NUFF or Amazon but I have recommended this information to patients for almost twenty years.